Dump your ADA in this 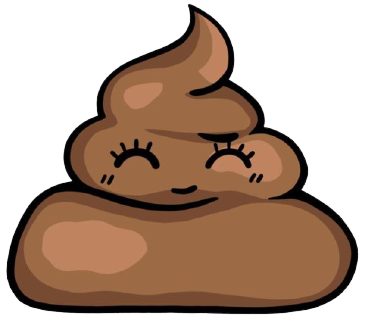 Just a few guys excited about the Cardano movement. Feel free to check out our pool on ADApools or Cardanoscan.

Want to learn how to delegate, more about Cardano, or talk about crypto in general? Then join the Discord!

Cardano is the name of a decentralized cryptocurrency and blockchain platform. Cardano is public, open source, developer friendly, fast, and inexpensive to transact with.

ADA is the native token of the Cardano blockchain. ADA is the token you purchase at an exchange; Cardano is the platform/project/blockchain name.

Staking ADA is the (fast and easy) process of delegating your ADA to a staking pool to earn rewards. Delegating and staking are interchangeable in this context.

Is it risky? Will my ADA be locked?

Staking your ADA does not lock it up for any period of time. You are free to use/send/spend it at any point.

How and why to stake

In order to stake your ADA, you first need a wallet that supports delegation/staking. The two official wallets are Yoroi and Daedalus. Both of these wallets support staking. Yoroi is lightweight, fast, easy, and available on mobile. Yoroi wallet is recommended for beginners. Daedalus is a heavier wallet as it syncs the entire blockchain and is therefore recommended for advanced users. Always back up your recovery phrase. Never give it to any site, person, pool operator, or anyone else. You will be robbed.

After you have an official wallet installed, send your ADA to your new wallet. When you have received your ADA, go to the Delegate tab in the wallet. You will see thousands of pools. Next to their names will be a Delegate button. Press that, and you have delegated your ADA to that pool!

Why stake? Why not? There is no risk in staking ADA. If you stake your ADA, you will earn approximately 5% per year, paid every 5 days. The 5 day periods are known as epochs.

Which pool should I delegate to?

To decide which pool you want to delegate to can be intimidating. As a general rule, pools will pay around the same amount in the long term. It is around 5% per year, with auto compounding rewards. Obviously, we suggest delegating to our pool, POOP. However, you can delegate to any pool, at any time. Be advised: after delegating to a pool, there is a 2 full epoch waiting time. That means if you delegate to POOP and want to change to ESP, there will be 2 full epochs before you are delegated to pool ESP. This is to prevent pool abuse.

So, what makes a good pool? A pool with good uptime. As of now, saturation of an ADA pool is roughly ???. That means after a pool reaches that amount staked, it will start to produce less rewards. Ideally, you want a pool that is well below saturation, has excellent uptime, and enough ADA delegated to mint blocks.

The numbers you see from ADApools.org or Cardanoscan.io can be confusing or misleading. Small stake pools need approximately 1.5M ₳ staked to mint a block every epoch (5 days). Pools with less than 1.5M ₳ staked will eventually mint blocks and over time, still achieve 5% rewards for you, assuming uptime is good. Large stake pools may mint several blocks per epoch, but in the long term, the delegators will still earn approximately 5%.

Some stake pools have high fees and some have low fees. It is best to make your decision based on common sense. Zero or near-zero fee pools may be trying to lure delegators in, only to raise the fee % later. Running a stake pool is not free. Servers and time are not free. Choosing a pool with a reasonable fee is suggested.

PooPool uses a ??? fee with no surprises. If we can lower that fee later, we will. ALL pools have a minimum pool fee of 340 ₳. This is subracted from the minted block, not your ADA. Your ADA is always safe.

On that note, no pool operator can steal your ADA. You do not give the pool control of your private keys; you only give the network permission to validate transactions with your stake.

The pool's pledge amount is a debated topic in the stake pool community. PooPool has a ??? pledge. Some people feel a low pledge is indicative of a stake pool operator's motives being purely financial. Meanwhile, other people think that having a pledge over 50K ₳ exposes too much risk to the stake pool operator. Both of those could be true or false, depending on who you ask.

A pledge of 100K ₳ is said to be well above average for a small stake pool with single operator.

What is a block and an epoch?

Blocks are verified transactions that return a reward. Each block the pool mints adds to the overall pool rewards for that epoch. Rewards are the ADA you earn from staking/delegating your ADA. When you stake your ada, you are helping the network confirm transactions. Each transaction on Cardano uses ADA. Each transaction costs a small amount of ADA (typically 0.17 ₳). The transaction fees are then rewarded to stake pools in the form of minting blocks. The minted blocks are automatically divided and shared to the delegators. You do not need to do anything to claim rewards. You can withdraw them or leave them to grow, compounding your ~5%.

All epochs are 5 days. Everyone's epochs begin and end on the same days, at the same time. Rewards are automatically sent at 21:44:45 UTC on every 5th day from the last epoch.

The annualized returns given by this calculator assumes that your stake is delegated to POOP for a 365-day period, and that the stake pool performance is consistent over that timeframe.